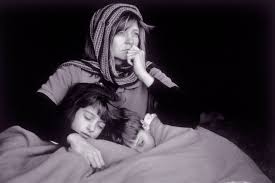 I can’t believe that some men can be animals with their hearts. I had the terrible privilege of seeing women and her two kids homeless in the park where I go when I want to gather my thoughts. She was in a crying frenzy talking to someone over the phone over the problems she was having, one was living in a car with her kids. Life has been tuff on her I don’t know what she did to inherit such a terrible ordeal and maybe she deserves it. However the children don’t. I asked the woman why was she in so much agony? She told me she was homeless” I said how about your husband or the children’s dad? “She says he doesn’t care” I asked her about her parents? ‘She says “they don’t care about her neither” I was lost for words for I cannot understand how anybody can turn their backs on kids. I quickly gave her the little money I had in my wallet and asked her for permission to share her problem on Facebook and put her number and name;  maybe she get some more help. A good friend of mine called me with info about a homeless shelter and I forward it to the homeless family. Before they left the little boy came to me and said thank you mister. I wanted to cry for I felt so bad for the child. I wish them well and I will keep in touch to see how they are doing. Men are responsible for the children they bring into this world its ok if you are divorced but you never divorce the kids. There is no excuse for a child in the world to go hungry or sleep in a car. Most people walk by these people everyday thinking it’s a scam or they just are having bad luck. I say this what If it was you and everyone felt you were a scam. To all you women out there secure yourselves before having children for they are not many of us good men left in the world so stop falling for the good looking tuff guy and pick one who has love and respect for you, for it will be you suffering when he leaves you stranded. The good guys are always used and abused while the bad guys are picked almost all the time. Looks are great but love is greater.