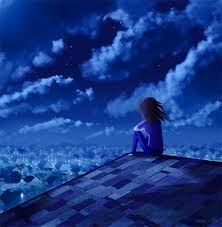 Life can be great or it can be bad it really depends on your decisions. We tend to accept our current life and start to feel like maybe this is it. Money is for those born with it and I was born with nothing. So I will just get by and try my best to have nothing!!!  That is a cop-out. I will tell you a story. There was a young man who lived in the ghetto. His surroundings were drugs, gang violence, prostitution, and death. Though there were plenty good hard working decent people.  He felt his life would be surrounded by those ugly traits. The neighborhood would have bus rides on Saturdays to upstate New York a small one day vacation his dad would put together, the young boy experienced nice houses and lovely streets without the garbage and the riff-raff hanging out. He would only see certain people also nobody of his own type was living there. He didn’t care, in his mind he would believe that  he would live in the same neighborhood one day. He started to dream his future even while others were talking to him. The young man had many problems with the social aspect of the neighborhood he was living in, but reassured himself that it was only temporally. His philosophy would be “problems and obstacles are here to prepare us to accept better things”.  So he looked at everything in a positive way and started to find an escape hatch in the ghetto. He got married and had a daughter, but would lose his wife for drinking too much. However the daughter brought magic to his life by placing an ad in his hand for a job that would send him too many countries all over the world. He would visit places people could only dream of going to. Fortunately for him he dreamed everything that was happening to him and it all was coming together. He would remarry and start again he  grow on his job and change and bring himself new traits, like honesty, love, compassion, belief, and of course he would learn the power of attraction. The boy would become a man and was a great salesman, business owner, college educated, and manager of a store, and least not least the author of a book and this blog. He today tries his best to help people mentally because he believes for him to continue on his success run he has to give away what was freely given to him. The power of mental change and the creation of visualizing  what he wants. Not all is great in his life the problems are still there, but he handles them better than before. He’s planning and building for the future: for he believes that his greatest accomplishment is yet to come.

May you all have a great memorial day!!

“And remember we are all entitled to whatever it is we want but we must visualize it first”.