Friendship can lead to real Happiness. 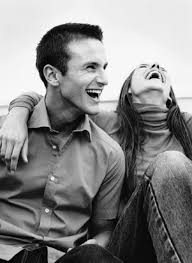 What is friendship? Is it the beginning of a long term relationship between two people? how about when if it’s a man and women and they both are married, but they spend hours going back in forth with conversation. What is the difference? if it was two women or two men it would be accepted. People are so quick to judge of course some of the best boy and girl friendship can turn into a love triangle, but don’t you believe that sometimes women can give better advice to a man or vice versa man to a women. If something happens between them than I guess their relationship was better than their marriage. No one can steal anybody away from no one. Love can dissolve if it’s not taken care of right. But we all need someone to vent with and the moment we lose faith in our husbands and wives we should just walk away because you are now together because of rules not love, which to me can create a greater explosion later on in the marriage. We live like prisoners because we have a piece of paper that enslaves us to one person. Fear of insecurity is what the problem is. For years I have seen men and women in the hand of matrimony break away more for incarceration of their lives than just allowing each other to be free to talk to whoever they want. This is the kicker if they talk too much to their friend; then you have nothing or you are having a problem so you minus well move on and get another or try to work it out if you can. Marriage is great when it stays hot and passionate most people today are looking for that passion that started the marriage from the beginning. Unfortunately someone gives in and gets laid back leaving the other one hanging. The years go by and you think all is well but someone is getting tired and ready to move on, while you watch your soap operas or sports with your eyes glued to the flat screen and while you’re eating chips and salsa the other one is online looking for his or her next love. This is when the opposite sex is the best friend to have because the advice is neutral. The man would say just get another women and cheat on the side, the women will say later for him you need someone who going to take care of you, never listening to the real problem and answering it honestly. Because they have been sometime in their own life hurt. The only problem here is; that if the friend is struggling with their spouse and emotions fire up they both can wind up together making it most likely the perfect match., and sometime that’s how great relationships start. So anyway you both win, because their problems led them to each other. And that my friend is what you call destiny.

One thought on “Friendship can lead to real Happiness.”