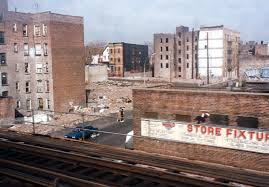 There were once 3 thugs hanging out looking for money to get high. One had a weapon and told the other two lets go rob us a store. The three thugs walked around trying to find some place to rob without much consequence. They saw a store that was taking in some good sales and decided to rob it. The one with the weapon goes in and takes control of the store. The other two start to take the money and jewelry. The owner of the store wasn’t cooperating so he is ruffed up a little by one of the thugs. They take what they want and start to run; the store owner is running behind them yelling ‘Police” Police” Police” the three thugs are running and quickly the police sirens are going off. The thug with the bag of goods runs into a group of people and the bag with all the jewelry flies all over the place’ and the people start to steal from the thugs. The people watching the thugs run are yelling “the cops are coming” go this way” One of the thugs start to worry about going to jail for if caught a minimum of 5 years in prison was coming, he prays to God and says “please God get me out this mess” A car appeared and tells the thugs to get in. They get in the car and lay down low so they are not seen. As the car is taking them to safety from the police the police cars were driving right by them. All three were scared for they didn’t expect such a bad turn out. The owner of the store never was scared of the thugs for he cared more about his money than his own life. He’s lucky the thugs were not murderer’s just junkies looking for some money to buy drugs. The store owner was able to retain some of his goods, but not the money. When the mystery car dropped of the thugs, one thug asked him who are you? He says a friend of your brother; he tells the thug,this isn’t for you stay out of this type of life. One thug went to jail as he continued to do robberies, the other thug disappeared, and the one who prayed never did it again. God has a way of answering prays quickly, for the praying thug was never a crook, but a loss soul who needed a shot of reality. The store owner help change his life for if not for the scare of the police chase; he probably would of continued.

Tales of the ghetto

My book “Soap That doesn’t clean” will be out soon

One thought on “The Three thugs”